Musing on the SEADOM 30 Under 30 Project: Surrendering

Many religions and spiritual beliefs talk about surrendering, of relinquishing control in order to trust the natural flow of things. When mentoring students towards greater acceptance of their personal and musical selves, I encourage students to practice surrendering too. Recently, a particular student bounced this question back to me: What is the difference between surrendering and giving up? I found myself musing on the journey of managing the SEADOM 30 Under 30 Project with Anothai Nitibhon alongside pondering that student’s thoughtful question.

The SEADOM 30 Under 30 Project was a brainchild of Bernard Lanskey, the former president of SEADOM. It was a seemingly simple provocation of ‘what is a Southeast Asian musical identity?’ that set the wheels in motion in 2019. Scoping projects were conducted at the Princess Galyani Vad 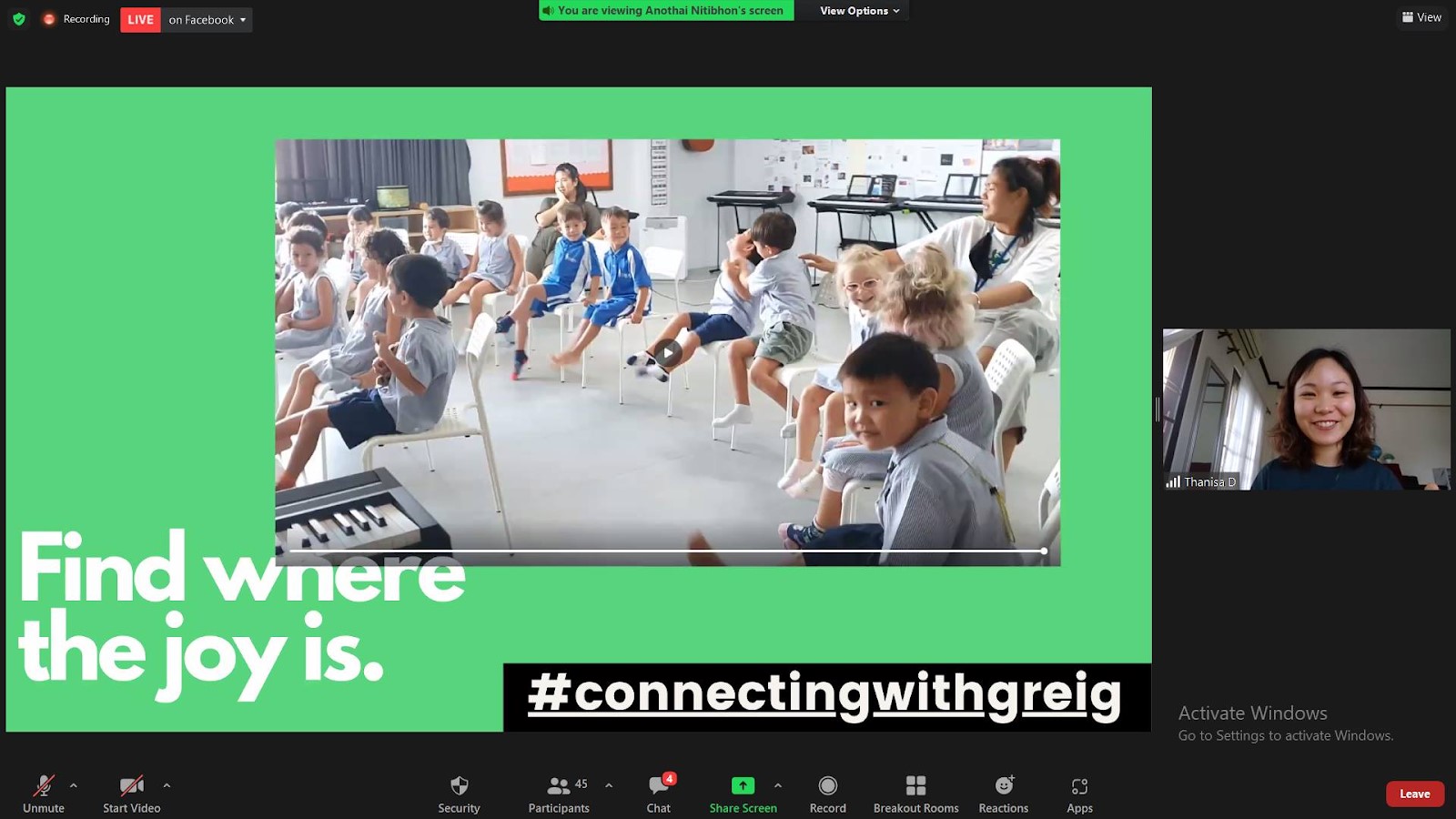 hana Institute of Music Symposium (PGVIS) in Thailand and at the Southeast Asian Music Education Exchange (SEAMEX) in Yogyakarta, Indonesia that very same year. A consolidated mission for the SEADOM 30 Un

der 30 Project was birthed, and that was to uncover the hybridity, multiplicity and diversity in Southeast Asian musical identities through collaborative, professional development and showcase initiatives.

However, the COVID pandemic hit right after our initial selection of the SEADOM 30 Under 30 musicians. It would have been easy to give up on this initiative altogether back then. As individual countries sought to contain the epidemic within their borders, the idea of musical collaboration across borders seemed too huge a mountain to climb. We had no choice but to accept that physical interaction across countries was out of the question. And yet, it is precisely this that accelerated the onset of virtual interaction. The very first meeting with SEADOM 30 Under 30 musicians took place over Zoom in August 2020. It was an atmosphere of positive curiosity and anticipation palpable even in a virtual sphere as musicians crossed borders and made new friends digitally. The online launch of the SEADOM 30 Under 30 Project at SEADOM’s virtual seminars took place just recently in August 2021 and featured some of our artists’ musical journeys and can be viewed here.

In a parallel encounter shared in the same video link, Thanisa Durongkaveroj, a SEADOM 30 Under 30 musician, pianist and music educator in Thailand found herself working as a translator after COVID hit in order to support herself. Surrendering to circumstances was not easy, but her new role as a translator has opened up new musical insights and connections for her. For me, the unfolding of SEADOM 30 Under 30 events and Thanisa’s experience are lessons in how surrendering to circumstances is not giving up if we can embrace new perspectives.

In the process of getting the ball rolling for the SEADOM 30 Under 30 Project, I was fortunate to have had numerous inspiring conversations with mentor, colleague and friend, Anothai. Anothai is a forward-thinking educator who has expanded my notion on what it means to be a musician in the 21st century. More than a confident and articulate performer, today’s musicians need to keep abreast of the changing world around them, in order to identify skill sets and opportunities that could help them build their own audiences and reinvent their artistic identities. Kenny Ooi, a SEADOM 30 Under 30 trumpeter turned music entrepreneur is such an instance. Kenny established The Rondo Production in 2019 as a social enterprise dedicated to bringing quality music education programmes and initiatives in and beyond Malaysia, whilst promoting inclusivity and diversity in music education. Another musical phenomenon that has been brewing in the region is a growing sense of assurance in one’s own cultural identity. This is not a selfish and divisive pride that seeks to advocate the superiority of one culture over another. It is an open conversation of how tradition and innovation can converge, an honest interaction leading to collaboration between different musical customs. This is apparent in the work of Niranjan Pandian, a SEADOM 30 Under 30 musician who initially studied accounting, but eventually chose to pursue music. An Indian classical flautist also adept in jazz, he set up Brahmastra, an award winning Indo-Jazz Asean ensemble, which frequently features original compositions and arrangements that bring different communities together.

What strikes me about Kenny and Niranjan is that they were not fatalists who surrendered to change by unquestioningly and accepting what was. Instead, they first surrendered to who they were driven to be, and then accepted the changes that needed to happen for self-actualization. When that happened, surrendering yielded beautiful possibilities that made positive impacts on their respective communities. Do listen to a firsthand account of their narratives in the same video link shared above.

Surrendering to Not Knowing

The thing about change is that we never ever really have total control over the exact outcome. Bach had no idea he was doing ‘Baroque’. He simply experimented. Always, it is the generations after that have the luxury of hindsight, after which the transformation is christened with a label.

If one were to listen to the SEADOM 30 Under 30 session entitled ‘ReNEWed’ at PGVIS here, one would no doubt sense an invigorating trend of innovation unfolding as the SEADOM 30 Under 30 musicians shared their projects, from Calista Liaw’s experimentations that fuse fashion, pop music and Chinese traditional instruments to Stefanie Quintin’s soulful combination of Filipino music and art song portrayed through exquisite videography. However, it is hard to name or categorize these musical shifts in trends that are taking place. Perhaps, there is no need to. I am excited to surrender to not knowing, because I am curious to see the extent of artistic innovation these amazing individuals may unleash through a SEADOM 30 Under 30 collaboration that does not label, and therefore limit, evolution.

If you would like to find out more about the SEADOM 30 Under 30 Project and the musicians profiled, please check us out via the following channels -

If you would like to nominate a student, individual or yourself to join the community, simply fill in this form:

Last but not least, if you are keen to collaborate with the 30 Under 30 Project musicians through mentorship and showcase opportunities, do drop us an email at seamusleaders@gmail.com.